Skip to content
Fifty-five years later, the case may be reopened. 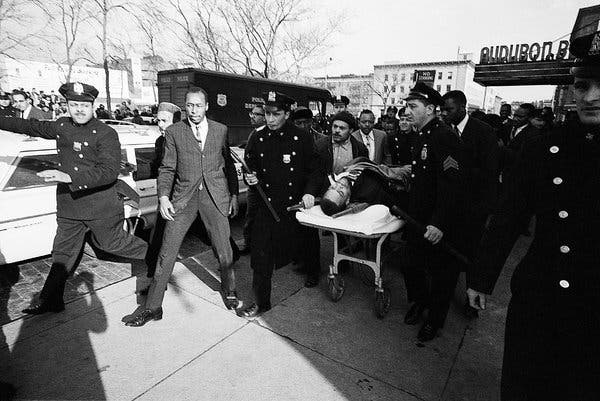 Malcolm X was assassinated at the Audubon Ballroom on Feb. 21, 1965.Credit…Bettmann Archive, via Getty Images

For more than half a century, scholars have maintained that prosecutors convicted the wrong men in the assassination of Malcolm X.

Now, 55 years after that bloody afternoon in February 1965, the Manhattan district attorney’s office is reviewing whether to reinvestigate the murder.

Some new evidence comes from a six-part documentary called “Who Killed Malcolm X?,” streaming on Netflix Feb. 7, which posits that two of the men convicted could not have been at the scene that day.

Instead it points the finger at four members of a Nation of Islam mosque in Newark, N.J., depicting their involvement as an open secret in their city. One even appeared in a 2010 campaign ad for then-Newark mayor Cory Booker.

“What got us hooked,” said Rachel Dretzin, a director of the documentary along with Phil Bertelsen, “was the notion that the likely shotgun assassin of Malcolm X was living in plain sight in Newark, and that many people knew of his involvement, and he was uninvestigated, unprosecuted, unquestioned.”

The case has long tempted scholars, who see a conspiracy hidden in unreleased government documents. A detective on the case, Anthony V. Bouza, wrote flatly a few years ago, “The investigation was botched.”

Yet it has never sparked the widespread obsessive interest of the Kennedy assassination or the equally brazen killing of Tupac Shakur. Attempts to reopen the case — to uncover the possible roles of the F.B.I., New York Police Department and the Nation of Islam leadership, including Louis Farrakhan — have gotten nowhere.

“The vast majority of white opinion at that time was that this was black-on-black crime, and maybe black-extremist-on-black-extremist crime,” said David Garrow, a Pulitzer Prize-winning civil rights historian. “And there was for decades a consensus in black communities that we are not going to pick up that rock to see what’s underneath it.”

At the time Malcolm spoke at the Audubon Ballroom on Feb. 21, 1965, he was a marked man — spied on by the F.B.I. and the police, denounced as a traitor by the Nation leadership, viscerally hated and beloved. Mr. Farrakhan declared him “worthy of death.” A week before his assassination, his home in Queens was firebombed while he and his wife and four daughters slept inside.

Seconds after Malcolm stepped to the lectern, gunfire rang out, then pandemonium.

Talmadge Hayer, a member of the Nation of Islam from a New Jersey mosque, was arrested fleeing the ballroom, with a clip from a handgun used in the killing. Later the police arrested two men from Malcolm’s former Harlem mosque, Norman 3X Butler and Thomas 15X Johnson, both known as enforcers.

At trial, Mr. Hayer, who later became Mujahid Abdul Halim, admitted his guilt but said the other two men were innocent. All three men were convicted and received life sentences. Mr. Johnson, who became Khalil Islam, died in 2009; Mr. Butler, who is now Muhammad Abdul Aziz, was granted parole in 1985 and still maintains his innocence.

In the late 1970s, Mr. Halim filed affidavits naming four members of the Newark mosque as his partners in the crime. The civil rights lawyer William Kunstler moved to reopen the case but was denied.

Since then, the legwork has fallen to biographers and independent researchers, including a Washington, D.C., tour guide named Abdur-Rahman Muhammad, the central figure in the new documentary series.

“It bothered me that no one cared about it,” Mr. Muhammad said. “I didn’t get paid to do any of this. I’ve sold cars. I’m just a working-class guy.”

Mr. Muhammad in 2010 uncovered the identity of one of the supposed assassins named in Mr. Hayer’s affidavit, William Bradley, who had changed his name to Almustafa Shabazz and was married to a prominent Newark activist. It was Mr. Bradley’s shotgun blast, researchers contend, that killed Malcolm.

Mr. Shabazz, who died in 2018, denied any involvement in the murder, and lived in plain sight. “I knew him well,” Cory Booker says in the documentary, adding that he was not aware of Mr. Shabazz’s past identity.

Mr. Muhammad published Mr. Shabazz’s name and photograph on his blog in 2010, and then shared his research with Manning Marable, who was working on his Pulitzer Prize-winning biography, “Malcolm X: A Life of Reinvention.” Mr. Muhammad believes that the other three men named in Mr. Hayer’s affidavits are dead.

After the book came out, Alvin Sykes, a Kansas City activist who helped persuade the F.B.I. and Justice Department to create a cold case unit for civil rights-era killings, lobbied federal prosecutors to reinvestigate Malcolm’s murder. The department declined. When Mr. Shabazz died, the last remaining loose end was Mr. Aziz, the former Norman 3X Butler, now 81, who served 20 years for a crime he insists he did not commit.

Lawyers for Mr. Aziz now hope the Manhattan district attorney will clear his name. A spokesman for Cyrus R. Vance Jr., the D.A., said in a statement that the preliminary review “will inform the office regarding what further investigative steps may be undertaken.” One of the prosecutors conducting the review, Peter Casolaro, played a vital role in throwing out the convictions of the five men wrongfully imprisoned for raping a jogger in Central Park in 1989.

Mr.Aziz, who declined an interview request, has said he could not have been at the Audubon that day because security would have blocked his entry, and that anyway, he was nearly immobile from a police beating a short while before. In the documentary he expresses little hope for the process. “I just don’t believe in these people,” he says. “I got 20 years of my life to show that I shouldn’t believe in them.” 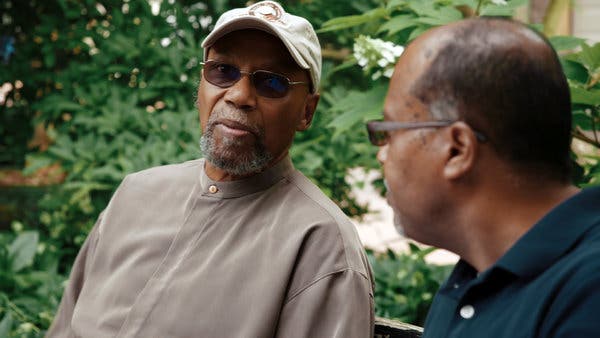 Not all are convinced. Karl Evanzz, author of “The Judas Factor: The Plot to Kill Malcolm X,” cited film footage that he said shows Mr. Aziz at the Audubon, and dismissed Mr. Muhammad’s research as unreliable.

David Shanies, who with the Innocence Project is representing Mr. Aziz, said only that the lawyers looked forward to working cooperatively with prosecutors “to see that justice is done.” Their case includes F.B.I. documents that were never shared with local police or prosecutors. Barry Scheck of the Innocence Project said that based on this evidence, “We are troubled that the conviction was not vacated in 1978,” when Mr. Hayer filed his affidavits.

If the district attorney stands by the conviction, the lawyers can move to argue it in State Supreme Court.

But even if Mr. Aziz prevails, it will not settle questions about the larger forces that many think contributed to Malcolm’s death — the law enforcement agencies that spied on him but failed to protect him, the Nation leaders who called tacitly for his head. That part of the story, along with volumes of unreleased F.B.I. files, may never fully surface.

“When you’re dealing with a complex crime, and you simplify it to five members of the Nation of Islam walking into a ballroom, you don’t give people the context they need,” said Zak Kondo, author of “Conspiracys: Unravelling the Assassination of Malcolm X.”

“A whole generation went to their graves knowing important information that people like me will never know,” he said. “That’s the most frustrating part.”